The lyrics you are about to hear in this remarkable song came out of an experiment to test a theory of mine.  In a recent lecture, I noted that writing lyrics is not that difficult as long as you can come up with a few key words. Once you have identified  two or four important words which represent the essence of what you are trying to say in that part of the song, you can use them as the ends of your lines and then find rhymes to precede those words. In other words, rhyming is best done backwards.  So for example, say you want to sing about frustration, which do you think is better:

I think the second serves better.  OK, it seems rather minor. But as I said, it’s a theory, and since I’m not a music teacher, and the talk I speak of was at one of our erstwhile student clubs, I can get away with it. 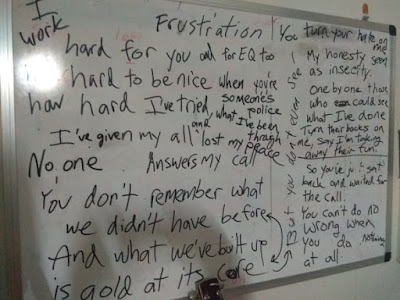 A few nights ago, I came home from a night out a bit angry and emotional about things that had been said about stuff that’s going on at work. The other half of making lyrics writing is having an emotional or situational source from which to draw words.  Feeling so frustrated with my work life that night, I decided to write a song.  The result was the core of the words you see on this White Board.

Uncertainty and dissatisfaction at  work hasn’t been the only thing going on in my life lately. I’ve enjoyed an online friendship for years with Mr. Jon Duncan AKA mountain goat, AKA mess inside (I haven’t asked why he’s had so many different monikers) from Tasmania, Australia.  As I was contemplating this mess of words on the whiteboard and wondering why is it that everything I tried writing sounded like lyrics to a hip-hop tune, I remembered that Jon had recently invited me to please share anything I wanted with him and ask any questions I wanted to.  All right.  I took a picture of the board.  Sent it to him on the Internet with a note that I would love to discuss his thoughts on writing lyrics and went to bed.

By the middle of the next day, he had tweaked my lyrics to match a tune he had been working on, which he graciously applied to these, my rather personal thoughts. I’ve written lots of songs, but I can't remember my words expressed alongside such a cool-sounding tune.  After that, we each sort of made improvements to the draft in parallel lines. This is what we got.  I really like it.There's also Jon-solo and Joko-solo versions. 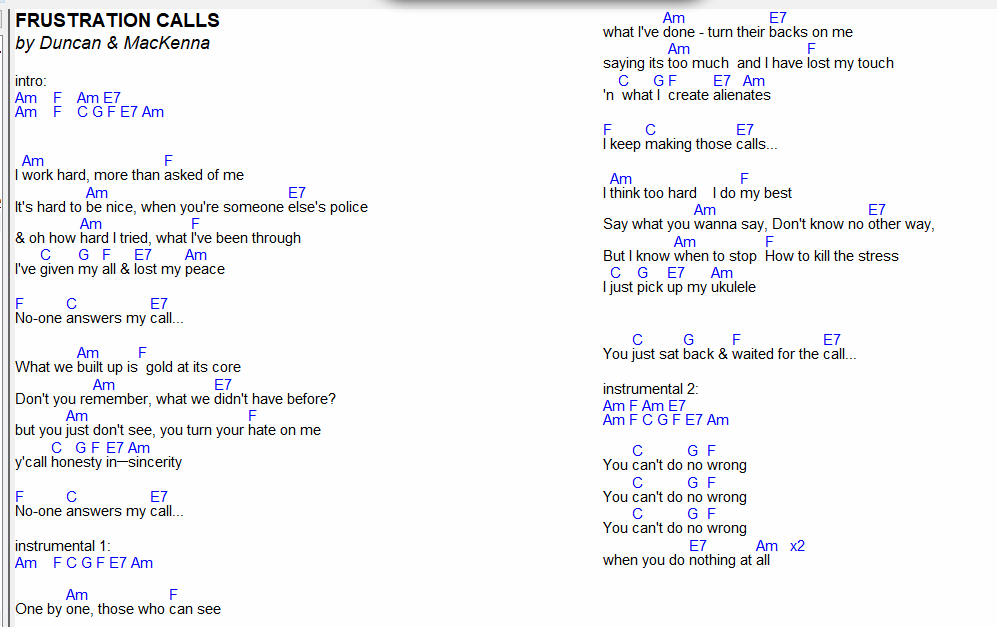 Of course, one might read all kinds of different meanings into any work of lyrics. Particularly when juxtaposed with all of the work product that you see in the video of, most of which I created, it may create the impression that this is an attack on my employer and colleagues. Who is the “you” in the lyrics.  Aren’t I worried that I’ll get in trouble posting such things?  In general, I would be, but there are much more important things going on in the minds of my bosses that what little old Joko does with his ukulele and video camera might be bothersome, but nothing’s going to happen. Who would discipline an employee for complaining that he works too hard? Maybe some of them will start taking me more seriously.  That would be great. 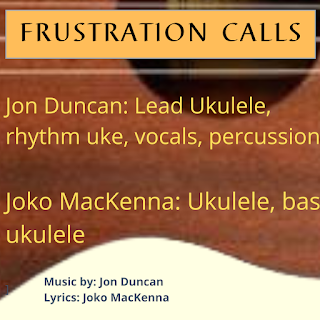 Checkout and download Jon Duncan's new release: A Short History of Everything at Halfacow Records

Well, it's been 7.5 months since I posted "The Parents Visit (Part 2)".
I'm still here, and the video from the rest of my trip remains on my computer.


The trip I had with my parents and my ex-girlfriend around Myanmar last holiday season was a memorable one.  By the fact that it's been fermenting on my hard drive for so long has meant that looking at it again was like memory lane for me. 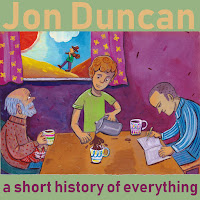 This video is the last you'll see here of my -ex on the trip; she had to return to Yangon from Mandalay due to an emergency; Nicki became my ex not long after that.

The music you'll hear is the original work of Jon Duncan, a long-time "online friend" of mine who's recently released a collection  of his music. I thought it worked well with the video clips, both musically and thematically. Seeing my 70-something year-old parents helping each other in rough hills of Shan State echoed the feeling of a "Short History of Everything". If you like the music, support a young (ok, he's my age) musician and visit Half a Cow Records and DL your own copy.

It won''t take another 7 months to publish the next installment. I was inspired by my mother's birthday this last week; Dad's is just a month away. 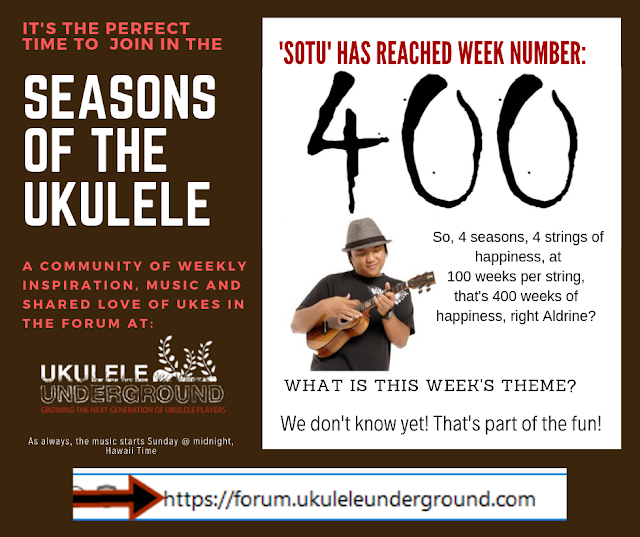 Although if there are any ukulele players reading this who aren't already in the Seasons, come join!

On returning to Yangon from the journey around Myanmar with my parents, my free time has been taken up by a new avenue of pursuit. 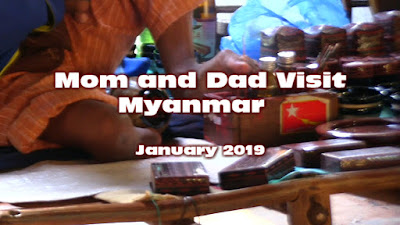 In my role as an English teacher, I have found that my favorite aspect of my new career is teaching IELTS preparation classes. For those unfamiliar, the
International English Language Testing System (IELTS) is the fastest growing English language test in the world. Over 3.5 million tests were given last year, and it's used by tens of thousands of institutions worldwide to gauge an individual's English reading, listening, speaking and writing levels. I think I enjoy it so much because the students really have something to gain by performing well, and I feel like I'm helping to get them there. 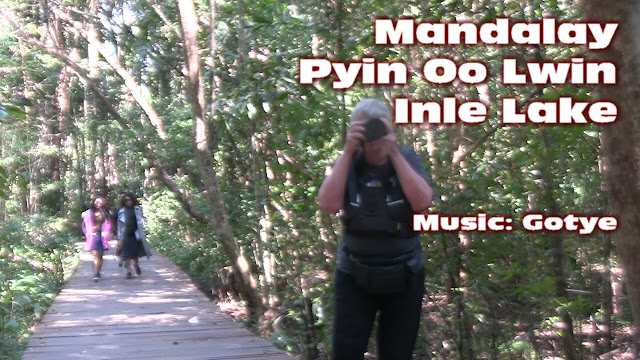 Because of the stakes involved, the IELTS-prep industry is similarly growing. There's tons of advice online for test preparation, and a lot of it is bogus. I've had my own ideas for an IELTS prep blog and service, and so much of my time in 2019 has been taken up on my new endeavor: The IELTS Temple. Feel free to check it out. It's growing daily.

Consequently, there's lots and lots of video footage I haven't had time to edit.

I can rely on my software's "Smart Movie" creator... 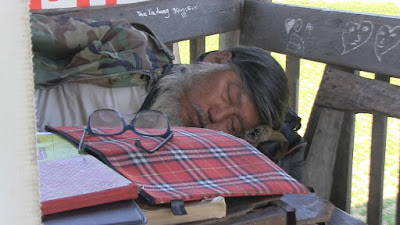 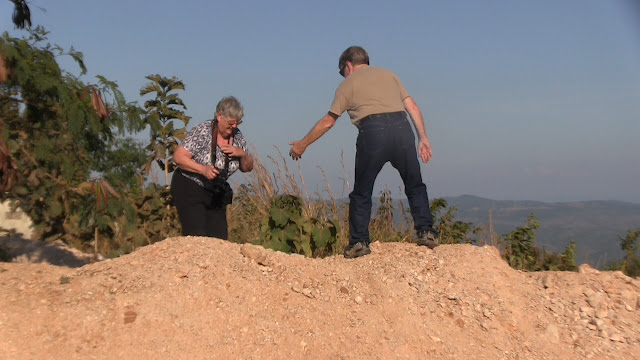 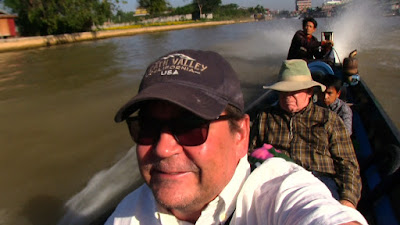 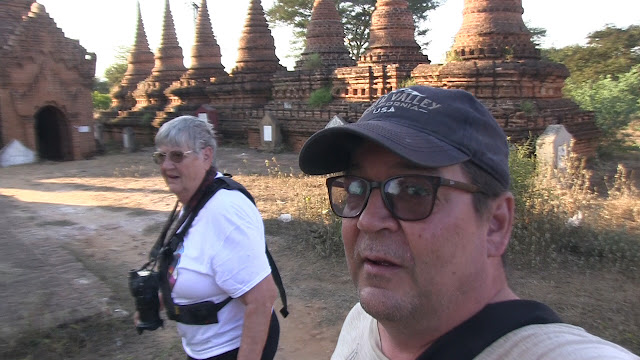 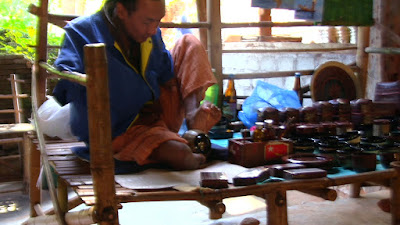 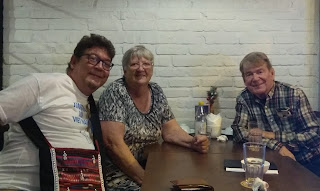 I think anybody who lives far away from their home town has imagined how they would show off their new city to friends or family visiting from afar. Over the recent holidays, my chance came to guide not just visitors, but the people who brought me into this world: Mom and Dad. 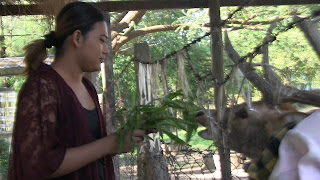 I wasn't alone in chaperoning their Myanmar tour. My partner Nicki has, amongst her many talents, professional training and is a licensed tour guide. She knows all about Yangon and it's interesting history. It was great having her along.

When deciding where to take my parents in Yangon, I wanted to see the few places of interest that I hadn't been to yet. So, in this first video, you'll see short clips of visiting the National Museum and The All-Races National Park. Of course, we visited Shwedagon Pagoda, the most significant structure in the city in the minds of the Burmese.

By bad luck, Shwedagon was under maintenance when my parents were visiting, so they didn't get to see it at its shiny best. 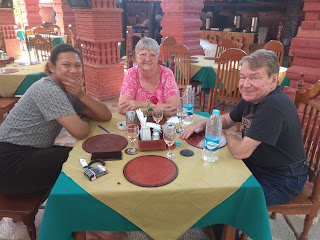 After Yangon, I drove the SUV we'd rented up to Naypyitaw, the strange created-capital I've visited many times. Then, on to the Irrawady River, and Bagan: the center of an empire that ruled much of this part of the world from the 11th to 15th century.

Over the first two centuries of the Bagan Age, the industrious rulers competed with their ancestors and future descendants to build as many pagodas as they could. 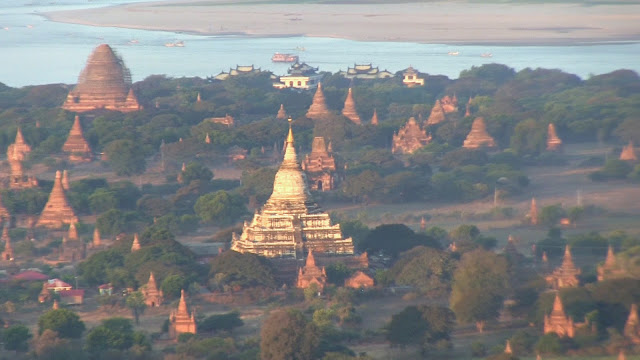 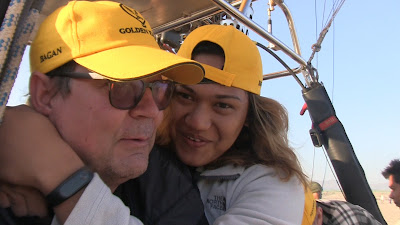 Consequently, the best way to see it is from above. The video ends with MacKenna's in the sky as we floated in a hot-air balloon over the peaceful and breathtaking sites of one of the most remarkable places in the world. 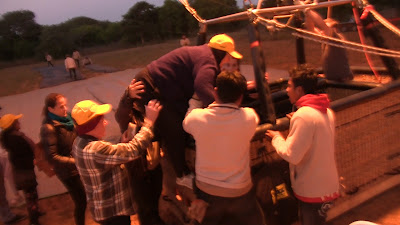 Be sure to check out Merikay's Dream, Mom's blog, a place to see their pictures and stories from visiting their son.

Robert is my colleague. A delightful man whose last name is very similar to my own. Unlike me, he's full on Scottish. So much so that he had haggis imported for his 60th birthday party.

It's not over yet, but here it is, a video review compilation of 2018 as seen through the eyes of Joko's videos. Part one.

Mid-year, I met someone. I've now got a girlfriend. Part Two. 2019 will start with my parents visiting Asia. That's going to be fun.

The lyrics you are about to hear in this remarkable song came out of an experiment to test a theory of mine.  In a recent lecture, I not...

Joko
There's very little in life that actually bothers me. Until it does.